This month we decided to retire my wife’s 2008 Infiniti FX35 and find something else. This swap isn’t an easy task because her SUV has a Stillen Stage 2 supercharger in it (a video of the car is here), so we wanted something green and quick.

Electrics were left out of the equation because we already have an electric Jaguar I-Pace, and there is a severe lack of Level 3 (fast) car chargers here in Oregon, so having two cars we can’t drive long distance would be painful.

So we decided on a plug-in hybrid and after a lot of research narrowed it down to three with the right balance of performance and efficiency. Those were the Audi Q5 e, the BMW X3 Plug-in Hybrid, and the Volvo XC60 Recharge. Let’s walk through what we ended up with, and why, because it wasn’t at all what we expected.

We’ll close with my product of the week — an AMD powered notebook, the HP EliteBook 845 G7, that had an impressive performance, lightweight, and an affordable price.

Pure electrics tend to provide better performance for the dollar than hybrids do, but the problem is charging.

Even with Teslas, which have the best charging coverage in the U.S., you can have problems locating chargers on long drives or finding an open charging bay because folks who don’t have electrics too often use the charging spaces. Several times when I’ve needed one, every stall in a Tesla station is taken up for extended periods.

Finding a convenient, fast charger can be a nightmare, and I’ve had several close calls with my Jaguar. The last was when I was coming back from the dealer and it ran out of power just as I pulled into my garage.

You might ask “Why a plug-in hybrid rather than a regular hybrid?” I think regular hybrids, outside of those in the performance space where the batteries are used for a burst of power for passing, are stupid. They cost more, you can’t use grid power to charge them, they are relatively inefficient given you have to both charge the batteries and power the car, and you tend to pay more for similar performance to a gas-only car.

With a plug-in hybrid, like a pure electric, you can charge it in your garage, drive it as a pure electric short-range, and still have the full range and capabilities (like using gas stations) of a gas-only car. It is closer to both worlds’ best until the charging ecosystem makes pure electric cars more viable.

My wife wanted an Audi, and we almost bought this truck without looking at anything else, but after finding one locally and driving over, the car we wanted had just been sold, and they had no others in the lot. We drove both the 4 and 6 cylinder versions of the car. We liked it, but not as much as we thought we would.

The Audi Q5 e is a pretty vehicle and it has a decent sound system. But it used a touchpad instead of a touchscreen for the car’s features, which got annoying pretty fast; and the seats didn’t fold flat in the back, which our one dog doesn’t like. 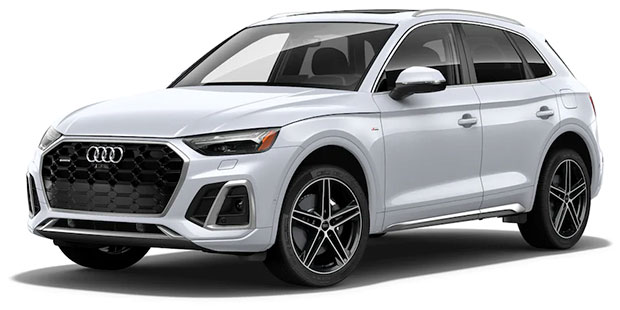 The technology level for what was supposed to be a high-tech car wasn’t great, and after looking at their full electric, which was much more impressive but lagged the I-Pace we already have, we decided to keep looking. However, there is a good chance that if the Audi dealer had the car they were advertising, at the advertised price, we would have bought it and made a mistake.

The BMW X3 Plug-in Hybrid is a nice car. It just came in last from our perspective. It was less comfortable, though it was a strong performer. But not only do the seats in the back not fold flat, there’s also a battery bump that makes it even less desirable for a car we’d use to haul the dogs. 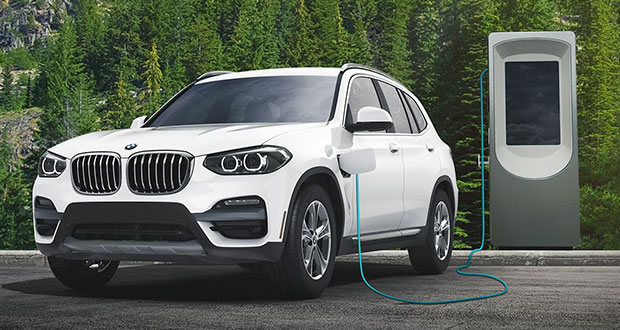 Also, my wife didn’t like the seat comfort. We’ve had this ongoing problem with most German cars of the seats being too hard for us, with Audi being the exception.

Now the performance wasn’t excellent, particularly compared to the Infiniti she was giving up, and even the Audi seemed quicker. Hence, the BMW X3 dropped behind the Audi even though it felt more advanced inside.

When I first told my wife we would test drive a Volvo XC60 Recharge, she looked at me like I was nuts. I think her words were something like, “I wouldn’t be seen dead in one of those ugly boxy Volvos.” Although it is one of the safest, if not the safest, brand on the market, I had to agree. Historically, I’ve seen few Volvo’s I’d consider owning.

I cover car technology. Typically Volvo ranks right after Tesla in terms of in-car tech and tends to lead the market in fit and finish, and safety. It also has up to 415 HP which is substantially more than either the BMW or the Audi. Battery-only range on the XC60 is around 20 miles, but given most of where we drive to daily is under 10 miles, that was adequate; and with the gas engine you never have to worry about running out of power and getting stranded.

Compared to the other two trucks, the Volvo felt more planted. I felt like I was driving a tank and was safe. It reminded me of how my electric I-Pace feels in that it felt very planted and secure. 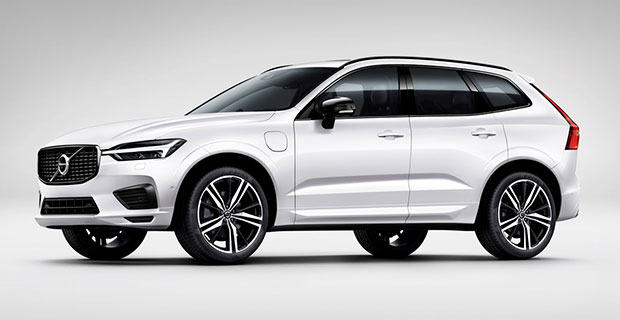 The Volvo uses a unique hybrid model. Most all-wheel-drive hybrids put both power trains, electric and gas, through the same system. The advantage is that the Volvo system can more easily route power to each wheel. The disadvantage is that it may not feel as seamless when the vehicle transitions from electric to gas. Also, if you are only running electric, you are only driving two wheels.

But, with the extensive test drive, I didn’t notice any problems. I felt more secure in the Volvo than any car I’d ever driven except for the Mercedes Gullwing sports car. Though I should add that one of the reasons I grew to hate the Gullwing is I nearly knocked myself out twice hitting my head against those damn doors. It felt like I was driving a safe room; and yes, there is such a thing as feeling too isolated. Mercedes ultimately discontinued that configuration.

I mentioned that the Volvo’s tech was in line with what Tesla provides. This conclusion is most apparent with its Level 2+ autonomous driving system. The last time I used this on a Tesla X, the car tried to plant itself in the trunk of the car in front of me. Though generally Tesla is rated at the top of the market. The Volvo worked as well as the Tesla was supposed to work.

From the digital dash, to the large center screen, to the safety system, to the enormous Polestar brakes, the Volvo’s tech was outstanding and a clear differentiator for a tech/performance guy like me. It also sold my wife who prefers Audis — and that is just as impressive.

What was ironic is the car we had no doubt we would buy, the Audi Q5 e, fell off the list, and the car my wife initially wouldn’t touch with a 10-foot pole was the one we ordered. We also looked at Mercedes, Lincoln, Cadillac, Hyundai, Kia, Chevy, Ford, and Mini. None of those made the top three choices, at least not for us.

I should add that none of the sound systems came close to the Bowers & Wilkins optional sound system in the Volvo. On top of that, given the fires we’ve had in California and Oregon, the car’s advanced air cleaning system was also a huge plus.

All of this didn’t come without a cost, given the Volvo is priced around $10K more than our other top choices. But for us, it was the best combination of design, safety, performance, and versatility — and the only car our Alaskan Klee Kai liked.

Now back to electrics: They’re still better as a second car than a first due to the charging issues. It doesn’t appear that these problems will fully mitigate for 3 to 5 years and, when they do, electrics will likely be a better choice than hybrids for a primary vehicle. Until then, the Volvo XC60 appears to be the best all-around mid-range SUV on the market if you want the same balance we do, and a flat place to put the dogs (yes, the Volvo seats folded completely flat).

Oh, and when my Jaguar I-Pace comes off lease in 18 months, I’m seriously thinking of swapping it for a Volvo Polestar 2, which also looks to be an excellent car. Suddenly Volvo, one of the most boring automobile brands, isn’t boring at all anymore.

AMD laptops were once mostly bottom feeders. Low priced, horrid battery life and clunky designs. While they were arguably a good value, they were typically something you wished on others. That changed dramatically over the last two years, and now AMD notebooks compete very well against comparable Intel products.

The HP EliteBook 845 G7 is a case in point. It is thin, light (under 3 pounds), looks terrific, has excellent sound, good connectivity, nearly 16 hours of battery life, excellent graphics, and strong security.

When benchmarked, this laptop dusted the similarly configured HP EliteBook 840 G7. For instance, on PCMark 10, the Intel turned in a score of 3,031 while the AMD configuration scored 4,637. When we moved to graphics, the difference is dramatic, with the Intel product turning in 495 and AMD 1,237. 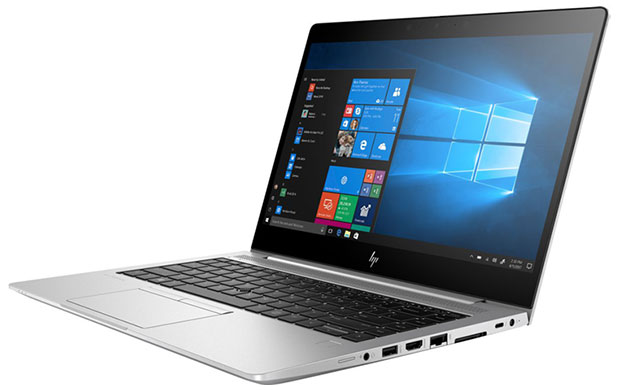 But much like my car choice above, this laptop appears to be one of the best-balanced products in the market for the money, which makes the HP EliteBook 845 G7 my product of the week.

Search Milestone Gives DuckDuckGo Something to Quack About